Alarm has once again arisen concerning trace gluten in food for coeliacs.

It stems from a study by the University of Western Australia, which analysed the gluten content of international foods, imported into Australia, for which a gluten-free claim was being made.

Australia has a different definition to gluten-free than Europe and North America. Whereas for us gluten-free means under 20 parts per million of gluten (20ppm i.e. under 0.002%), in Australia it means 'no detectable gluten'. As gluten detection methods have improved over the years, this detectability level is now extremely low - under 1 part per million (0.0001%), which is vanishingly small.

169 items from various countries were tested. As the team from the University says:

These are impressive results. The team make three key points:

a/ that Australian coeliacs can safely consume all imported foods;
b/ that "a marked tightening of international GF standards is readily achievable" - I assume on the basis that if the producers of 169 products can achieve a standard around twenty times or more better than the minimum required for that international standard, why not the rest?;
c/ the 'no detectable gluten' standard in Australia is now needlessly impractical as a 'gluten free' signifier - and that it should be 1ppm.

Coeliac Australia previously supported recommendations that Australian standards be relaxed to match the rest of the world's 20ppm, but have now changed their position, following the publication of a report which they commissioned, entitled Systematic Review of Safe Level of Gluten for People with Coeliac Disease, which considered all the previously published studies. Their conclusions are interesting:

"There is moderate evidence ... that patients with CD develop mucosal damage following consumption of 50mg gluten/day, but the evidence of effect is uncertain for lower levels of consumption. The studies highlight the individual variability in tolerance to gluten and the difficulty this raises for setting a safe threshold ... In the absence of larger randomised trials that compare small amounts of gluten intake, the current evidence precludes establishing a definitive threshold level of gluten that is safe for all people with CD to consume".

Media Coverage
The coverage of these two stories has not been perfect, which has alarmed people needlessly.

The report concluded that we didn't know what the safe gluten threshold intake for all coeliacs was - not that one did not exist - and yet the headline writers didn't always take this into account or make it clear, even when the journalists did. 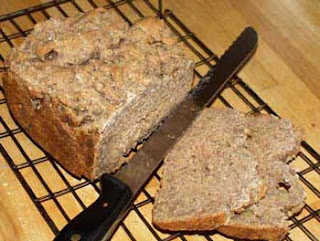 The coverage of the latest study concerning the trace gluten in Australian imports has been worse. "Gluten free foods not what they seem" reads one headline. "Bad news for every person intolerant to gluten" trumpets another, when in fact, the opposite is true, before proclaiming that, "Australia is awash with gluten free products that are not actually gluten free". (Here is good coverage from Sydney Morning Herald, if you want it.)

And, of course, The Daily Mail's coverage. Their headline writers have suggested that the trace gluten found in the Australian imports are "high enough to cause stomach pains or diarrhoea" - which has categorically not been demonstrated. They also fail to understand, as so many do, that gluten-free products do contain trace / residual gluten as a matter of course, and they wrongly suggest that products need to be below 1ppm "to protect most from symptoms".

Final thoughts
In a long-ago blog, in which I defended the 20ppm regulation, there were some interesting comments about the safety / non-safety of trace gluten. I feel slightly differently now, four years on, and feel we do need good, randomised and carefully controlled studies which try to ascertain the damage, if any, caused by very low level gluten intake, and the degree of risk of different levels. So many coeliacs tell me they can't tolerate Codex wheat starch, or many GF products, and although there are several possible reasons for this (other intolerances, somatisation/nocebo, FODMAPs), low level gluten has to be considered one possibility.

In the meantime, what can coeliacs do? It's a tough one. Officially, our gluten-free products are still very much safe (most test well under 20ppm), but perhaps more need to take on board the advice to not rely on them too much? It can be easy to fall into the habit of filling up your trolley with produce exclusively from the free from aisle, but home cooked meals, made with fresh, guaranteed GF ingredients, should feature in your regular diet far more often than not.

I think, until we know more, that's what I would do were I a coeliac.